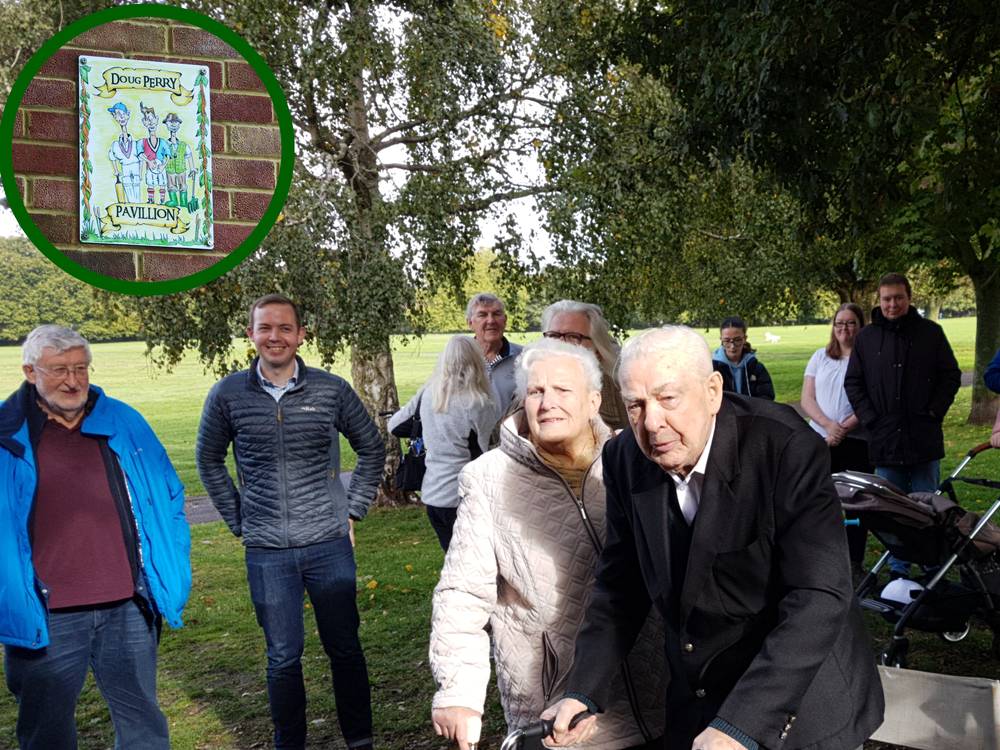 The pavilion in Riverside Park was named after Doug Perry, who has been an unwavering supporter of the green space for many years, at a short ceremony on Saturday (Oct 1).

Doug Perry, front right, at the naming ceremony. Cllrs White and Fuller are also pictured first and second from the left.

The move was to recognise the “huge contribution to the park & the city Doug has made over the years”.

Friends of Riverside Park (FoRP) said on Twitter that Doug has chaired the group for many years, and also run cricket and football leagues “for decades”.

“He is now 90 and is hanging up his boots,” the tweet continued.

Doug attended the naming ceremony in the park, where a plaque was unveiled on the pavilion building.

Speaking at the gathering, ward councillor David Fuller said he thought Doug had been involved in the Friends group for nearly 20 years, and presided as chair for around half of that time.

“The great work that the Friends of Riverside Park do to keep this place looking as good as it is is fantastic,” said Cllr Fuller. 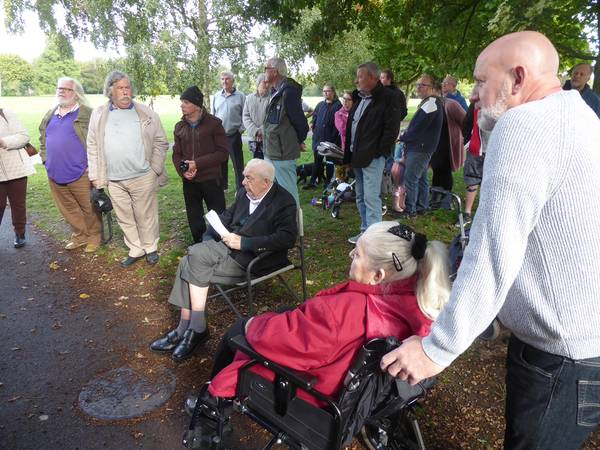 “I think it’s fair to say you are a stalwart of Bitterne Park and our local area, so thank you for all you’ve done. It’s a great honour and well deserved … We really appreciate all you’ve put in to the area for your whole life, in reality.”

Responding, Doug said that he considered it a great honour that the council and Active Nation had decided to name the pavilion after him.

And he said he thought it was the only pavilion in the city that had been granted a name, so it was “another feather in the Riverside Park cap”.

He also thanked the FoRP group for helping to improve Riverside Park, and added:

“In the near future we will be resuming our full planting programme, and on the 26/10 at 10am we will be looking for volunteers to meet at the Doug Perry Pavilion to help plant daffodil bulbs. Thank you for coming along.”

The event in fact enjoyed ‘cross party support’, as all three of Bitterne Park’s councillors were involved with the ceremony: councillors Fuller and White (Con) were in attendance, and Bunday (Lab) previously helped install the plaque.

The ceremony was followed by the group’s monthly park litter pick.