Cost of living crisis: Over 17,000 city homes will have negative budgets

It was revealed that over 17,000 Southampton homes will have negative household budgets as energy costs rise, at a Cost of Living Summit that took place at Solent University on October 14.

The summit, organised by [church-based initiative] Love Southampton and funded by the Department for Levelling Up, Housing and Communities drew together over 200 people in a hybrid meeting, including the Leader of Southampton City Council, Councillor Satvir Kaur, and senior council officers including Chief Executive, Mike Harris, prominent local charities such as The Environment Centre, No Limits, Southampton City Mission, and the Society of St. James.

It was revealed that over 17,000 households in Southampton will struggle to afford the essentials as energy costs rise. The figures matched those provided by Southampton City Mission, now expecting to help that number each year through its food banks. 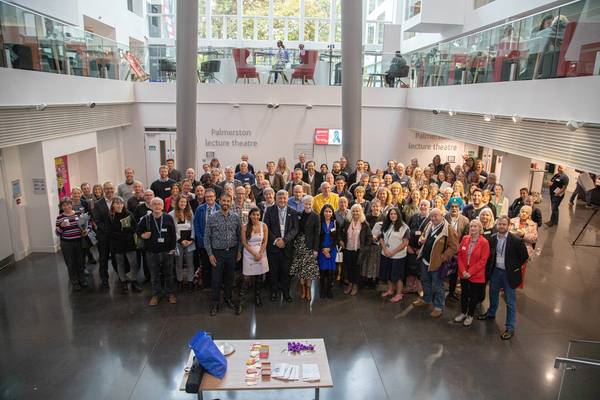 A Food Safety Toolkit, launched at the summit, is available for any organisation or school looking to set up their own community larder or pantry to support their own workplace employees or communities with access to food. The toolkit was put together by Southampton City Mission and is now published on the Love Southampton website.

Delegates also discussed how services and offers that already exist in the city can be expanded upon, to use as warm spaces.

Sanjay Mall from the Big Difference appealed to the summit for more warehouse space to expand his work, as he and his volunteer workforce redistribute tonnes of surplus food from supermarkets and restaurants to over 100 partners in the community. Earlier this year, Sanjay worked with Sholing Football Club, Tesco and Oasis Hub East Southampton to set up a new community pantry for the east of the city, now supporting over 100 people weekly.

"The cost-of-living crisis is a very serious issue for so many in our community. At the summit, we were able to get many significant partners together from across the city to consider how we might more effectively alleviate and combat the consequences of this crisis. This is not the end; we will be meeting again early in the new year to reflect on our actions and to continue to find more effective ways of tackling the problems caused by this crisis. It is the strength of these partnerships ‘Team Southampton’ that provides a basis for hope in difficult situations".

“This winter is going to be really tough for thousands of households and we want to do all that we can to support those who need it. From families on tight or impossible budgets and older people struggling to heat their homes, to businesses facing high bills and people at risk of homelessness, this summit has helped to galvanise a Southampton solution to agree what we can collectively do together, for those that need our support right now.

“As a council we are committed to providing a warm welcome at our Libraries and family hubs and will continue to work with our partners to offer the right support at the right time for our residents. Southampton will come together to make sure people don’t fall through the cracks.”

Please visit southampton.gov.uk/costofliving where you will find information and links to help if you are being deeply affected by the rising cost of living