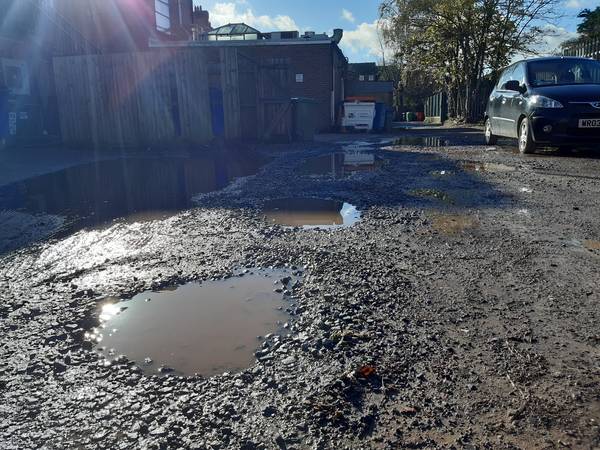 There have been renewed calls for action over an unadopted Portswood road full of potholes which suffers from “huge drainage issues” and frequent fly-tipping.

As reported in April, the largely unsurfaced service road runs parallel with Portswood Road from behind October Books to Highfield Lane.

It serves various Portswood businesses, homes, and charities including Mencap and Carers in Southampton.

Temporary measures, reportedly to the tune of £10k, were implemented around April under the previous Conservative administration.

Elly Iles, Mencap Southampton’s activities manager, came to Wednesday’s (Nov16) full council meeting in an attempt to get Southampton City Council to do more about the state of the road.

She said: “We are appealing to the council to help us to implement long-term solutions to change the situation and make it a safe place for everyone, particularly people who are vulnerable.”

The road is unadopted, which means it is not the council’s responsibility to maintain, but the landowner’s.

However, the ‘landowners’ in question are several businesses along the road, and unless they all agree to do something about it, the problems will not be fixed.

Mencap is calling for the council to adopt the road so that the authority can fix it itself, put in lighting, and sort out the fly-tipping.

Cllr Eamonn Keogh, cabinet member for transport (Lab), said that at the moment the council has limited power to intervene, but confirmed he will “do a site visit” and will be “writing to the landowners”. 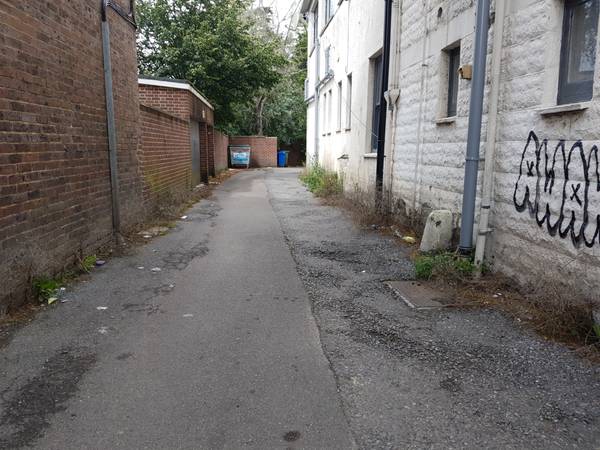 This article is from the Local Democracy Reporting Service or Shared Data Unit. Some alterations and additions may have been made by our site, which is a partner in the BBC's Local News Partnerships scheme. LDRS journalists are funded by the BBC to cover local authorities and other public service organisations, and content is shared with all partners.