Ray of hope for libraries? 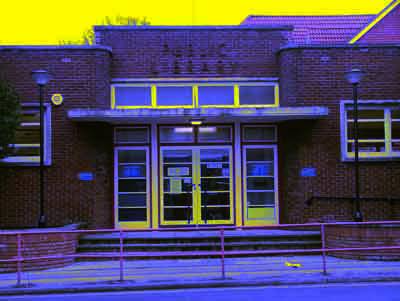 The city’s ruling Labour group is “revisiting” proposed library cuts which could see opening times slashed across the city.

Under the proposals Cobbett Road Library in Bitterne Park is facing particularly savage cuts to its current 29.5 opening hours – of over 50% – which would take opening times down to just 14.5 hours a week. Bitterne Library could see a 15 hour-a-week cut, while Portswood Library is due for cuts of over a third, and Burgess Road Library of 50%.

But now an ‘unexpected windfall’ means councillors are re-considering cuts to library hours.

Cllr Warwick Payne (right), cabinet member for housing and leisure, told bitternepark.info that no final decision had been made following a meeting of Labour group councillors on Monday (January 22).:

"Whitehall has provided a one-off payment that has reduced the council's budget gap from around £25m to £20m.

"Councillors are now debating what services that were under threat could potentially be helped by this extra money.

"We are intending to revisit our proposals on library services as part of those discussions and the final budget will go to the full council in mid February."

• The Daily Echo is reporting that “libraries have been given a reprieve by civic chiefs dishing money back out into the city sparing them from the axe” and suggests that a third of library cuts won’t now go ahead.

• Earlier in the month bitternepark.info revealed how the Friends of Cobbett Road Library had won the support of BBC presenter Chris Packham, (left) for their campaign to save the library from cuts.

Library hours could be slashed – portswood.info

Council’s libraries “service user consultation” until Februrary 11, 2013 from this link.