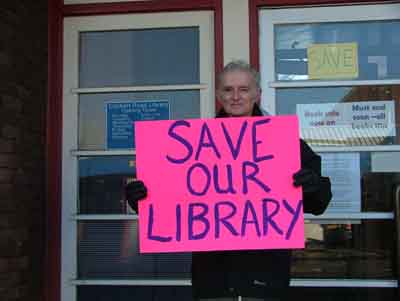 The council is proposing to close five libraries as part of a “journey of transformation” for the city’s library service, with Cobbett Road in Bitterne Park earmarked for “community led initiatives or for disposal”.
• Cobbett Friends speak out against library closures
• Video: Library friends lobby council

The council says its preferred option could save £286,200, with Cobbett Road Library being put up for a community asset transfer.

Chair of Friends of Cobbett Road Library (FOCRL) Kevin Lancashire (left) described the proposals as “devastating” and said the group would be vigorously campaigning to keep the branch open.

“All the hard work the Friends and the community have put in over the years at Cobbett has seemingly been disregarded,” he told bitternepark.info.

He said he thought the idea of running it as a volunteer-led community enterprise was a “quantum leap” from where the friends group is at now. “It’s a massive, massive difference and would be a tremendous commitment,” he said, stressing however that FOCRL would be willing to listen to ideas.

Rachel Hickman, a founder member of the Friends group and a veteran of several campaigns to keep Cobbett open. said she was very disappointed to be facing possible closure again.

“We’ve proved again and again what a valuable and well-loved library it is,” she said.

“We already have volunteers in the library system and at Cobbett Road Library, and they are there to enhance what is a statutory service. Volunteers I have spoken to would not want to take on responsibility of running a library, taking away jobs from dedicated staff.

Figures from the Chartered Institute of Public Finance and Accountancy show a surge in the number of volunteers staffing libraries up and down the country: the figure jumped by 44 per cent in 2013, while the number of full time staff employed at libraries has fallen by 7%, as library budgets dropped by a further 4.4% in 2012/3. 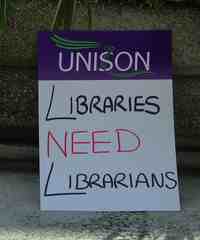 UNISON Head of Local Government Heather Wakefield said that the public library service is one of the most popular parts of the public sector, but that it’s being “systematically destroyed” as a direct result of “vicious government cuts targeted at local authorities”.

‘Local residents are being left with a stark choice - have no library at all, or try to run a volunteer library’ - UNISON

"We are seeing increasing job losses of experienced and well trained library staff across the country as volunteer libraries replace those run by councils,” she said. “Local residents are being left with a stark choice - have no library at all, or try to run a volunteer library.

"Local councils have a statutory duty to provide a 'comprehensive and efficient' library service which voluntary libraries cannot hope to meet.  Only libraries which form part of the national network with paid and trained staff can meet this duty and ensure the safety and professional support of library users."

Finding way to keep it open 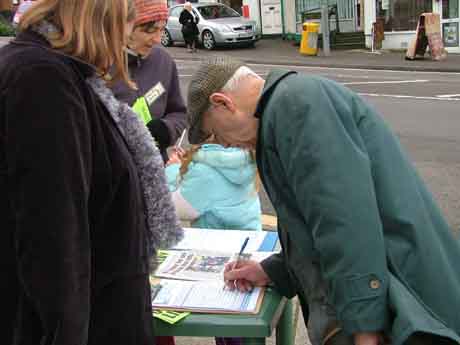 Rowenna Davis, Labour parliamentary candidate for Southampton Itchen, said she wants to work with the community and the council to find a way to keep local libraries open. She’s launched an online survey asking residents how they would prefer their libraries to be run, and whether they would be prepared to volunteer to keep them open.

"Cobbett Road library is a treasured local institution, and as a Bitterne Parker, it’s also my local library. I’m determined to work with the community and the Council to find a way to keep it open together. I’m set to meet the Friends of Cobbett Road Library soon, and if anyone wants to help, please get in touch!

“Our libraries might not be run the same way that they always have been. We might have to do more as a community than we are used to. But by working with the Council and having a genuine consultation with the people, I really believe we can protect Cobbett Road and all the good it does for our community."

‘Kick in teeth for Friends’

Bitterne Park Conservative councillor Peter Baillie described the library review as a “shameful day” for Labour – which currently controls the council – and a “kick in the teeth” for the Friends’ Group.

“No doubt Labour will blame the government. No doubt they will campaign to keep open the very library they are shutting. Their betrayal frankly stinks. It is their choice on how to spend money - they have just spent £1m fitting out Woolston Library. It’s their choice - their closure, and they should be thoroughly ashamed of themselves.”

The council says it will be consulting over the proposals for 12 weeks from November 2014, although the final decision isn’t due to be taken until July 2015 – just after the next local and general elections.

Links
The council’s ‘Future Transformation of the Southampton Library Service’ PDF document was unavailable in usable form from the council’s website at the time of publishing due to a fault with their website.
Previously on bitternepark.info: How the community came together to save the library in 2007 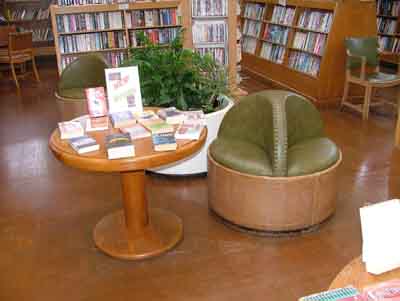 The site for the library was originally given by a local resident. The library opened in May 1939.
Tweet
Whatsapp