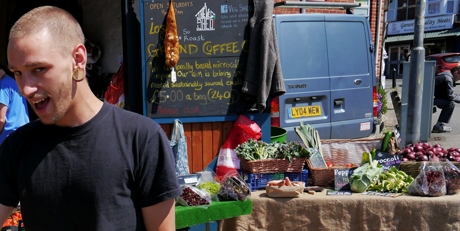 Robin Bluemel – often known to his friends as Boris – was born in Southampton in 1991 and lived in Shirley until he was eleven, when he moved to Bitterne Park. He was previously managing delivery drivers but has now given up all other work to fully focus on The Veg Shed at the Triangle, and the Bitterne Box Co, a local fruit and veg delivery service. Robin has dreams of running a greengrocer’s-come-wholefood shop at the Triangle – but says he's still trying to work out how best to make this a viable enterprise!

What's your link with Bitterne Park

Moved here from Shirley about 13 years ago, loved it and loved the community spirit: haven’t left since!

Riverside Park and the train rides as a child; pretty blurry though – hard to judge exact age!

Could have a better local pub. The Bitterne Park Hotel isn’t the friendliest and the Butchers Hook, although lovely, is a little expensive and small for regular drinking. 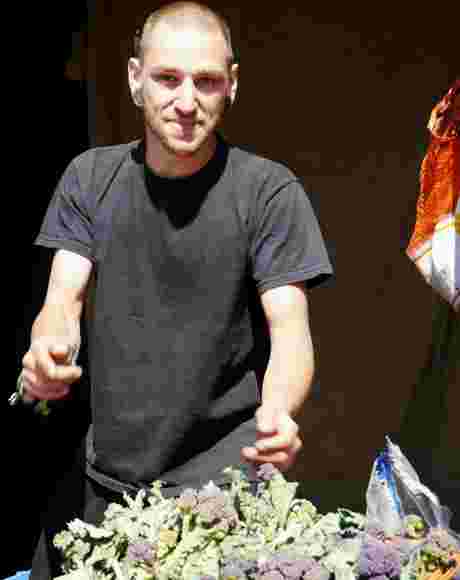 You already know everything! The Clock Tower used to be in Town (I reckon you know that!)

Southampton is an active city, there’s lots going on, and for all Southampton City Council’s downfalls, they do put on lots of events in the city which are very good, for example Music in the City.

Dancing on the grass in the sun. We don’t do enough of it in our lives.

Sell vegetables! I run The Veg Shed at Bitterne Park Triangle every Saturday 9am – 2pm, and I also run the Bitterne Box Company, delivering fresh fruit and vegetable boxes across Southampton with as much local produce as possible. 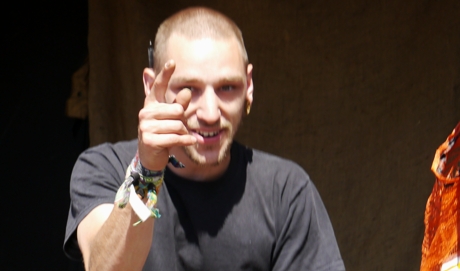 Rubbish fruit. Winter berries are awful; we bring strawberries over from Egypt and Ethiopia and they are unpleasant, but the western market demands them. The whole thing is so wrong: we are growing rubbish fruit, polluting to transport it and then barely enjoying it when it finally does arrive!

Getting outdoors and exercising! I love cycling and sailing and often sail with my friends and brothers from the slipway in St Denys where we store some boats.

Hard to choose between The Dolphin, South Western Arms and The Butcher’s Hook.

Everything. Lots of hip-hop but also folk and varying through drum and bass to metal!

working together. Need I say more?

We sailed down to Poole last summer. The first trip was Hamble to Yarmouth on the Friday night: that was a harsh, hard voyage, but the Saturday sail from Yarmouth to Poole was absolutely fabulous – a great day out.

Waste. We produce so much that we do not need, from packaging to unnecessary products or overpacked food. We produce disposable junk, ship it around the world only to throw away and return to sender. It’s madness! 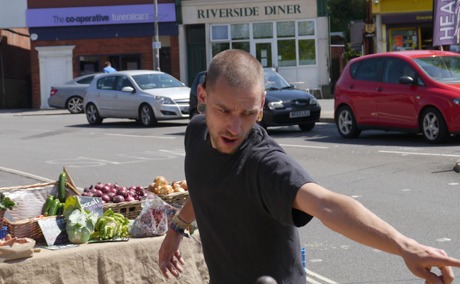 More things than I could mention on here! I’d quite like to see the Northern Lights.

Why can’t you run through a campsite?

You can only ‘ran’ because it’s past tents.

If you could bring one business to the Triangle, what would it be, and why? [These are the top five businesses readers who responded to our survey in late 2015 said they wanted.]