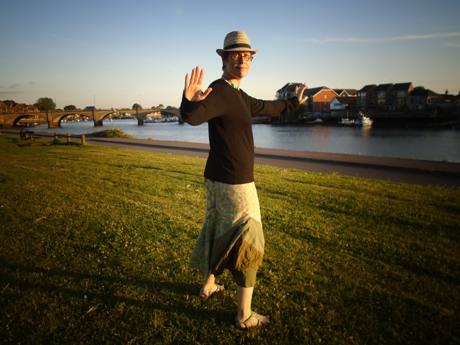 Elke was born 1973 in Austria, and has just moved back to Vienna. She says she was “desperate” to move away from Bitterne Park. She came to live in Southampton in 2012 with her partner, who got a research post at the University of Southampton, and her two sons. She’s a writer and performance artist, and performed twice at Il Picchio, where she used to be a regular. She was also involved in running a creative art workshop at The Old Chemist, held some “very delightful women’s dinners” at her house, and taught German during her time here.

What's your link with Bitterne Park

I have only just moved back to Vienna, Austria, from Bitterne Park where I and my family lived for almost four years. I was very desperate to move away from Bitterne Park – and would tell everybody so – and back to “my Vienna”. Now I am already missing the river which kept me alive there. Now, for the fourth time, I have to set up a “new life” with the blue, but a bit too far away, Danube.

My earliest memory is probably the Il Picchio café where I had my first cappuccino – and many since - after signing our tenant’s contract for a huge but very cold, damp and in many other ways difficult house in St. Catherine’s Road. We would find ourselves moving out again a year later and moving into a much smaller house down the road. My first memory is the, sadly, now dead Sandro talking to Akua in Spanish; Akua was a woman from Argentina, whom I would almost become friends with before she suddenly moved away to Australia.

I should know as I moaned quite a bit. I always wished the area was car-free. Less dogs should eat people’s picnics in the park, meaning many dog owners should look better after their dogs. There should be more cafés with longer opening times. There could be a park café, something lots of mums were dreaming about after hours in the playground with their children, desperate for coffee. There could be more public space(s) in Bitterne Park - the area is hugely residential and dull at times, after five o’clock when the cafés have closed. 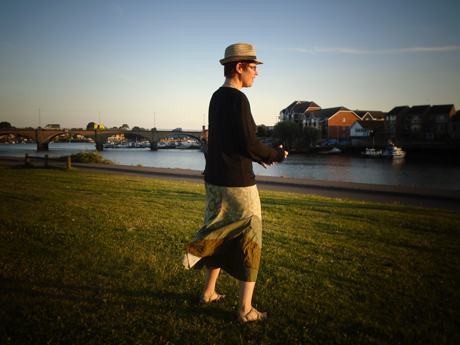 Probably you don’t know (or you do?) how many creative/artistic spirits live in that residential area which is at times quite dull: people you bump into at school pickups and say “hello” and “how are you?” to.

Probably everybody knows some of them. But really, there are so many more. And I was very fortunate to meet quite some of them. I was perhaps one of them as well.

‘I found the city shocking in many ways’

I found the city shocking in many ways, the city centre especially, not only when comparing it to Vienna, Cambridge or Leipzig where we lived before. I found that public space was neglected although people repeatedly said it had already improved a lot. The buses you could never rely on and the many companies you always had to pay separately make the city not appealing for a non-car person like me.

The sea: a good thing, but too far away! Southampton could make the seafront so much nicer instead of building new shops!

My passion in life is writing. And performing. Although I never do quite as much as I want. For many reasons. Having even more excuses. But I am most myself when doing one of these two. Another passion is being outdoors and writing or exploring places, talking to people, watching nature. With my children, seeing this passion grow in them as well. Or on my own.

I took that very literally first and wanted to get started on bread and how English bread made me suffer and how I started baking my own bread in England. But no, it is about earning my breads… In these last years I have been largely depending on my partner’s salary who is a scientist. I have been teaching German here and there and a bit of French. And did some copywriting and translation work. And unpaid art.

If I had a career… Teaching has become a bit of my career in these last years. That was never planned. I studied Comparative Literature and French back in Vienna and never felt like going into teaching but staying more on the “intellectual side”. So, my career, if I had one, taught me that life often takes its unexpected turns. Sometimes for the good. I am highly enjoying teaching now and hope to be able to continue here in Vienna. 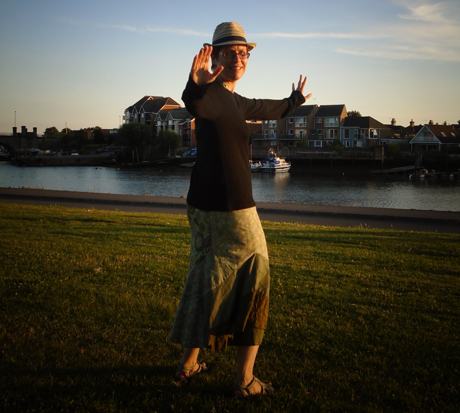 The buses not turning up, endless queuing, bureaucracy, endless texting to arrange to meet up with people, advertisements all over the place, completely unnecessary air conditioning everywhere, trains (very unreliable services), being asked “How are you” and the person walking on without wanting to hear the answer…

I did relax in Bitterne Park walking down to Riverside Park and looking onto the water, watching the waves, the sparkles, making Qigong (receiving comments from passers-by); I also did relax in Marion’s Yoga/Pilates class which I frequented once a week in St. Denys Church.

I like the Butcher’s Hook especially since I took to craft beer and started copywriting about it professionally, although the Butcher’s Hook is too crammed at times. I recall a few delightful evenings with my German friend Anna in The Crown in Highfield: a very genuine, cosy pub. 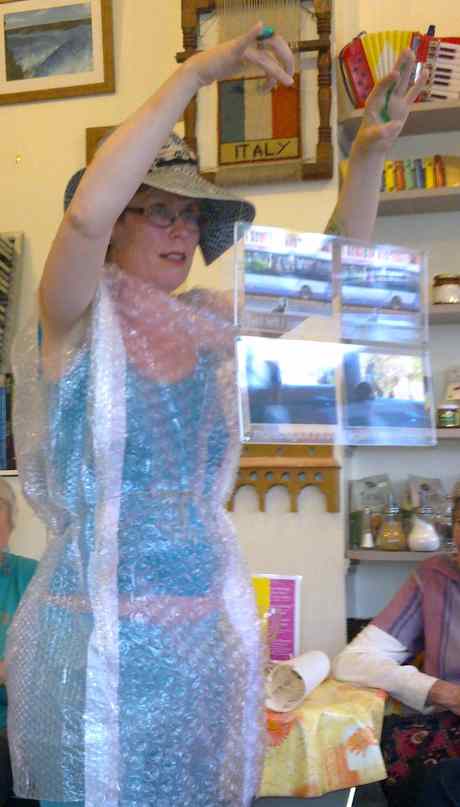 Coffee (good coffee!!!), herbal tea, wine, beer (no ale though), water (lots here in Vienna where we have tab water coming from the mountains).

Music of all sorts; radio features about everything; nature; people; my inner voice (not often enough).

Alice Munroe (all her stories) – my dear friend Anna introduced me to her; ‘The Wall’ (‘Die Wand’) if you want to read something from an Austrian female writer (you probably know the film with Martina Gedecke); stories from Clarice Lispector that Anna suggested for our book club; and my own texts some of which you can find on www.followthefellow.wordpress.com

Mudeford (great panorama from the plateau); West Wittering (most treasured memories of days on the beach spent with dear Michele and the boys); London (walks and talks there with my buddy Albert).

The world scares me at present with all the violence going on. Most of all my being scared scares me. Hopefully all my fears are not going to rule out all my enjoyment and lightness.

I would like to be more accepting, perhaps less critical, more positive even, more hands-on with changing things, instead of criticising and moaning. And I think if everybody aimed to be more accepting and to work on change instead of trying to eliminate the other / the unwanted, there would be more peace in our world.

Do I have a bucket list…? I do have many lists but… Yes I probably still want to become famous one day…. I also really would like to see all present wars end which seems as unlikely as becoming famous….

I don’t like jokes as they are always on the expenses of somebody else one is supposed to laugh about (while feeling bad about laughing about somebody / a distinctive group of people).

How/where do you get to know people?