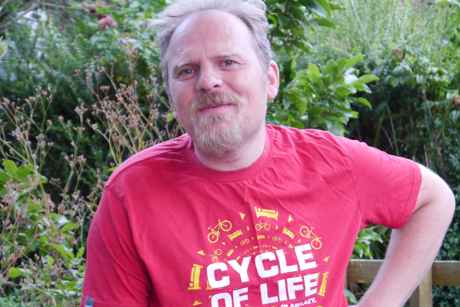 Jon was born in Epsom, Surrey and has lived in Birmingham, Sheffield, Somerset, Wiltshire, and finally landed in Southampton in 2009. He moved to his current home in Bitterne Park in 2012. He lives with his partner, her daughter, two dogs and four cats, and he has two children of his own, who are both at university. He runs a part-time bicycle repair business, JB Cycles, and repairs bicycles for free as part of the Bike2basics team at the Transition Repair Cafe.

Walking through Riverside Park, all the way past Mansbridge as far as Itchen Valley Country Park.

Less cars and more space for people, including pedestrians, cyclists, and kids playing in the streets. This could be as simple as having one car-free day a month to something revolutionary like blocking up the Triangle to turn it into a pedestrian area.

I’m not sure I can answer that so I’ll tell you something about Southampton instead.

Southampton is a compact city almost exactly the same size as Groningen in the Netherlands, which is one of the best cycling cities in the world. It would be easy to transform Southampton in the same way.

The Good – it has to be the people. I have met some amazing people in the last few years involved in all kinds of community projects and groups, who care deeply about the city.

The Bad – too many cars and traffic lights.

Getting people to see how amazing bicycles can be even for hauling goods around.

I have a daytime job selling cameras for microscopes. If I make money repairing bicycles this is my beer money.

Don’t worry too much about things out of your control, enjoy the experiences that you have – good or bad, and try to do something you like: the money will sort itself out somehow.

Idiots on the road - this could be cars drivers, lorry drivers or other cyclists; just people who are inconsiderate. 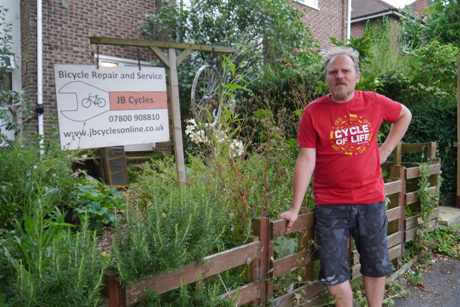 The Frog and Frigate, in Canute Road. This is where my partner and I met. She is the reason I now live in Southampton.

My one of my favourite bands growing up was ELO, so I was very excited to see Jeff Lynne’s ELO play at Glastonbury this year. Bowie’s last album Blackstar was astounding: he will be missed. 1 Hyde Park by the Dowling Poole is also worth a listen.

Anything by Terry Pratchett.

Going for a really long walk with my dogs.

Being ill – I hate even having a cold.

I wish that we didn’t live in a world where having more stuff is more important than being happy. I would like to be braver and take more risks.

I don’t really covet stuff too much and I want to live a life that I don’t have to have a holiday from. One thing I’d really like to do would be to create a community cycling hub in Southampton.

I used to live in Wiltshire so I hope people get it!

A – Because they have no Devizes for Chippenham 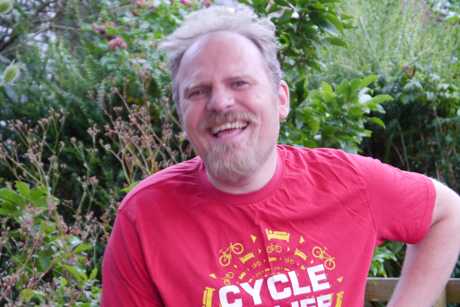 How many fingers am I holding up?

Thanks so much for taking part.

Bitterne Parker T-Shirts are back - available from The Veg Shed!

All shirts are just £10 while stocks last, and sales help to support your favourite, independent local website! Any colour you like - as long as it's black or white.